With only three weeks left and twelve news packages and VO-SOTs under my belt, I feel like I accomplished a lot already this semester. At the same time, however, I feel like I still have a long way to go and a million things to learn. That’s alright though, because I know that this is only the beginning of my journalism career. I feel like the SuperSemester has equipped me with a lot of skills and tools that allow me to take the next step, and I am sure all the things I learned will be of tremendous help in the future. 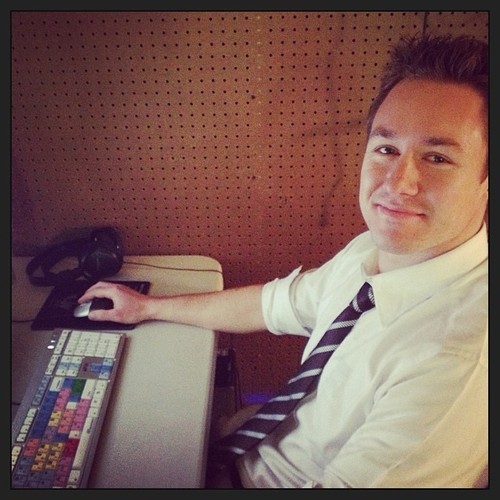 On November 8th, I produced for the fifth and second to last time. The newscast was probably the best newscast I have produced yet, as there were few things that didn’t go the way I wanted them to. In spite of not having all the writers at my disposal, I managed to distribute all the work to the people who were present. I thought that communication among all of us was good as few people asked me questions, which shows that we have gotten the hang of the intricacies that the SuperSemester by now. The three-shot during the sports talk at the anchor desk worked well and I am a little proud to say that I once again tried something rather unusual as a producer. I wish the director would have told the camera to pan right and zoom out a little sooner on the three-shot.

Doing a good job producing requires printing and distributing rundowns and scripts on time. I will also keep more of an eye on video IDs, as two teases about the same story had different IDs. Once again, I will try to stick to the producer log even closer to avoid running late. Don’t be afraid to tell somebody to start working in case they are fooling around and to assign them to something even if you know that that person is not keen to do it. While you should always try to be empathetic, at the end of the day you are in charge and if you don’t get other people to do the things you need them to do, the newscast won’t come together. 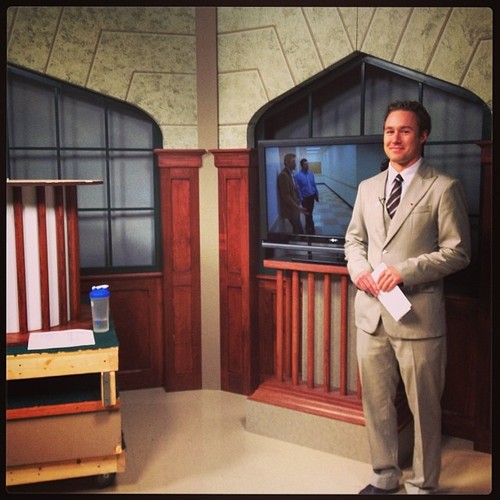 Wrapping around my package

I shot two VO-SOTs and one package during the last two weeks and learned a lot in the process. One thing that is important, especially when newscasts re-air or are put online is not to use the words yesterday or today or tomorrow – instead, use the day of the week or the date. Also, one ought to avoid using interview shots and too many signs as b-roll. One should focus on the action if possible.

You need to be persistent as a journalist. If you want to get the best story possible, you need to track people down and ask the tough questions. What’s more, you mustn’t give up the first time you hear ‘no’. When I shot my package about the pitching event, I really wanted to get an interview with Daymond John. I was told that I could have one question right after the event was over. Five minutes prior to the interview, however, Paul Huffman told me that Mr. John had to leave immediately and thus did not have time for me. I could have accepted it and would have still been able to complete my package. Yet the interview with Mr. John was an integral part of the way I envisioned my package. I sat down next to Mr. John’s assistant and told him that I acknowledged that Mr. John is a busy person and that I want to respect his time, but also that it would not take more than one minute and that I would greatly appreciate it. Et voilà, he said yes and granted me one question.

I learned that having to pick one question can be very difficult. I had quite a few creative (I thought) questions I wanted to ask him, but I decided to go with something safe since I only had one shot.

Checking your equipment before you go on a shoot includes your tripod. This Wednesday, my three-legged friend (or adversary in this case) suddenly decided to become a twin-pod, much to the agony of my camera. As a video journalist, you inevitably have to leave your equipment unattended or at least standing on its own sooner or later. While you should obviously handle your camera and other pieces of equipment with great care, it is virtually impossible to avoid accidents over time. Yet journalists should always see to it that they don’t leave their belongings unattended and that the risk of it being damaged is as low as possible.