As the semester is entering its final third, I feel as though I developed something that comes close to a routine. Equipped with basic knowledge and skills but also the awareness that I still have a long way to go, it feels like the challenge now is to maintain a certain quality and professionalism. After all, you are only as good as your last newscast.

My fifth package about Semester at Sea was the first one that I shot on more than one day. As a matter of fact, I shot it over the course of ten days, with action on four separate days. Unfortunately, it took more than 25 minutes for my package to transcode, which resulted in it not making it in time but having to do it after the newscast instead. Although it is unusual, I should have allotted more time to be on the safe side. Investing hours and hours of work shooting, and then not being able to finish your package in time and knowing that it is not the best it can be can be frustrating. I cannot emphasize enough how important it is to come prepared (i.e. having a substantial part done) in the morning when editing a package for a newscast, especially on a Friday.

On October 23rd, I produced for the fourth time. By and large it was a decent newscast. I thought the “New Deal” approach worked well, because I knew exactly who I had at my disposal. It also made it easier for me to keep track of who is doing what. I think graphics-Ben is a great addition to the team as he makes sound graphics and is able to work independently. I should have kept more of an eye on things like sports and weather and started proofreading stories sooner so that we could have printed the rundown and scripts sooner as well. People who are working on their packages should get in at least an hour before everybody else to have a head start. Its extra stress and uncertainty for the producer and everybody involved if somebody’s running late with a package and nobody knows if it’ll be ready in time.

Next time I produce a newscast I will try to have a list of things I need to do which is not on the producer’s checklist to make sure I don’t forget about those kind of things. Once again, I will look to sticking closer to the checklist and making sure that everybody is on the same page.

Tension in the newsroom is almost inevitable in a fast-paced working environment that revolves around meeting deadlines. It’s important to understand that occasional frustration and snappy answers are part of working for television. While you should try to remain calm and courteous at all times, sometimes raising your voice is the only way you can express that something is urgent or to get something done. One should never take it personally and in case it bothers you until after the newscast, you should talk to the person once the stress has subsided.

I anchored for the 6th time this Wednesday. Since I only had to write stories that day, I had plenty of time to get ready and read every story at least once. I felt fairly confident and thought I did alright overall. My interaction with fellow anchor Taylor Gorton felt natural and I learned that saying her name during the weather toss goes a long way. However, I wish I wouldn’t have mispronounced two or three words. I feel as though I have yet to have an overall sound newscast that is highlight reel material. 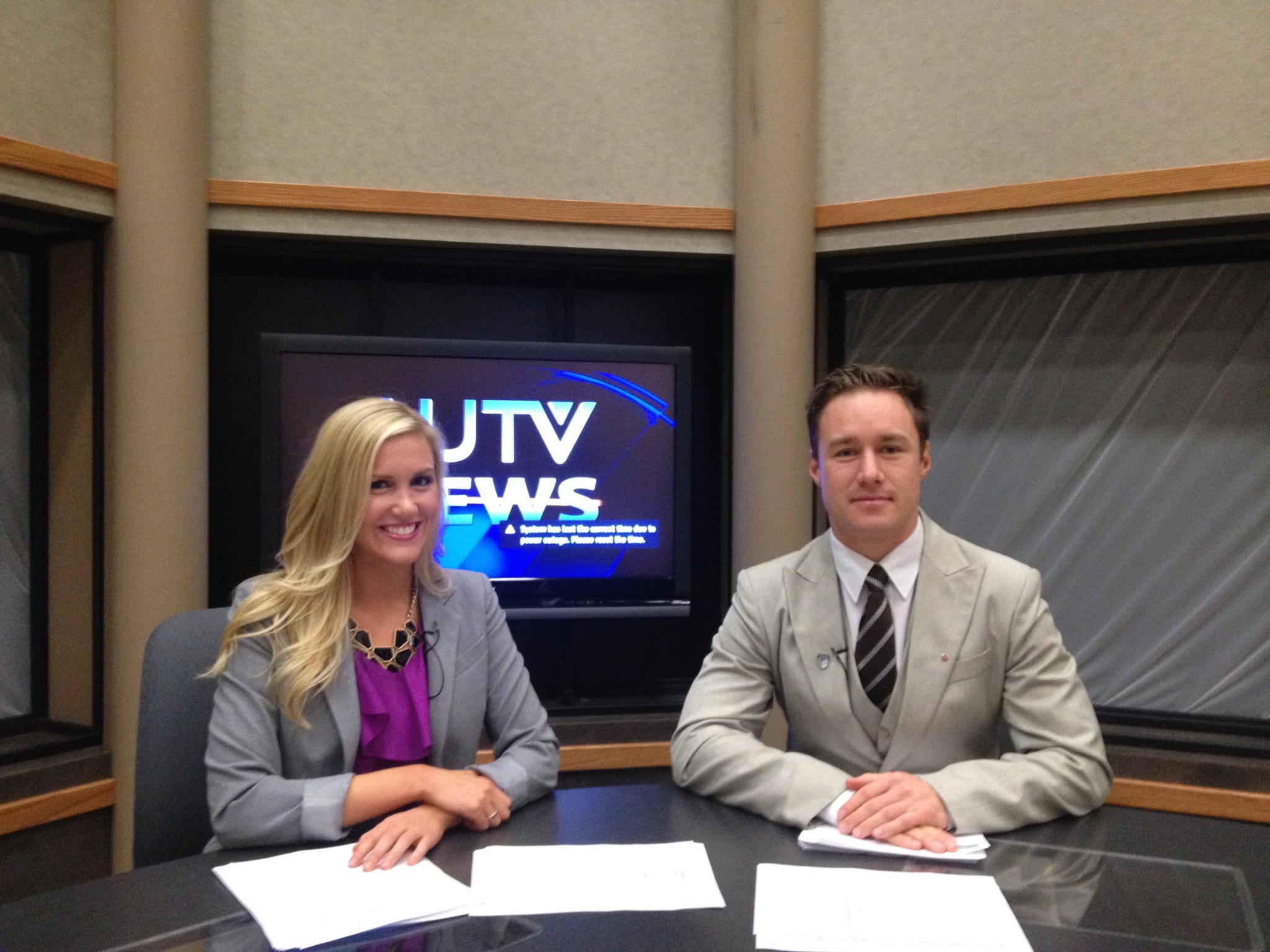 Here are a few more things I learned over the last two weeks. When writing the text for VO-SOTs and packages, one mustn’t forget to complete “RUNS:…” and “Outquote”. Another intricacy one shouldn’t overlook is to insert the “MORE VO” command for VO-SOTs. Especially as a producer, is it easy to forget important subtleties, such as tease flags when writing one’s teases and adding the producer’s and director’s name in the closing credits. When doing a stand-up, don’t take voice over during the first 5 seconds, because your lower third might be superimposed over b-roll. (If you do, tell director to take lower third during the second time the reporter is visible.)

I had some issues with audio over the last two weeks, which gave me the opportunity to learn and improve a lot. I found out that audio channel one and three, as well as two and four are connected. Reporters are to use all four audio tracks for natural sound.

Finally, show faces, not spaces, meaning that when interviewing somebody, one should leave out everything that is not relevant to the shot. Moreover, center up on computer shots, and interview everybody left and right. What’s more, write down when the interviewee stands on the left and when he or she stands on the right. Knowing during which interview the person stands on which side allows you to add variety when editing. I found that it is crucial to listen and look at clips on location (framing, audio, video, etc.) so you can spot errors and, for instance, bad audio on the spot and, if necessary, repeat it.