Five Things I Learned from Traveling The World

Five Things I Learned from Traveling The World

This blog post is based on a speech I gave at Cave Springs ToastMasters Club in St. Charles, Missouri in February of 2014. 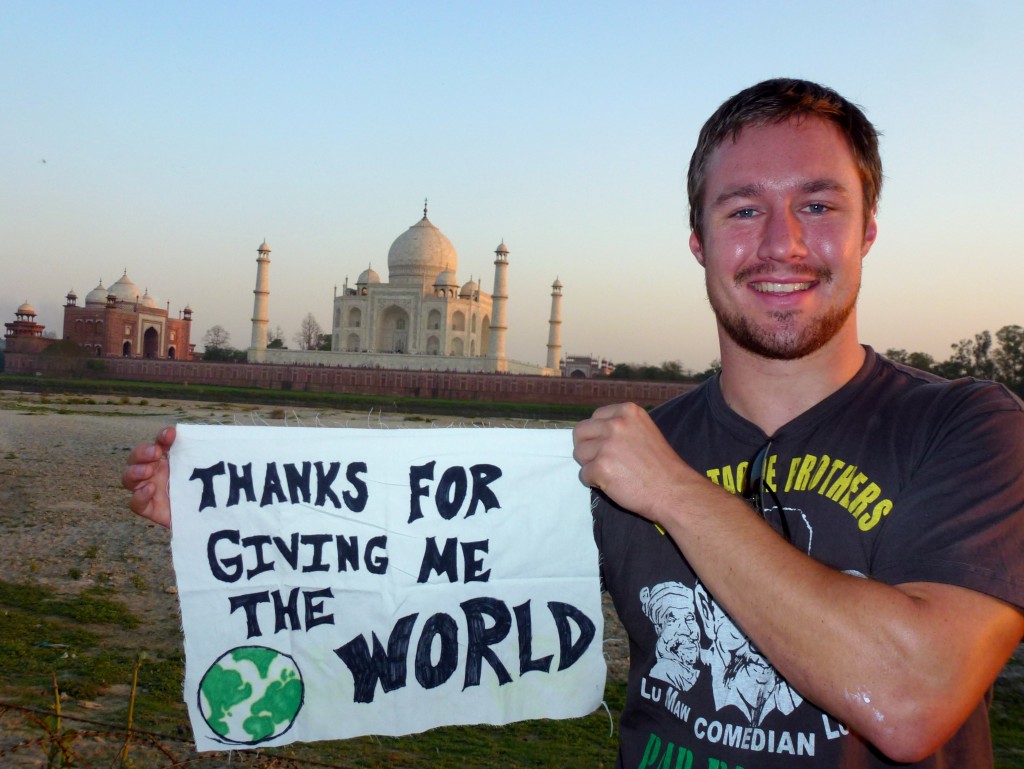 Ancient cultures believed in the flat earth model. They thought that the earth was a disk.

Although virtually all people nowadays accept that the world is round, unfortunately, many people don’t see beyond their own horizon, let alone the borders of their own country.

Since I wanted a well-rounded education, I studied in the UK for six months, and came to the U.S. to do my Master’s degree.

Yet, the most valuable experience was my Semester At Sea voyage that enabled me to study abroad and travel at the same time. Here are five things I learned from traveling the world.

1.   We are all extremely privileged

Less than one percent of the world’s population gets a college-level education, and less than one percent gets to travel around the world. I got to do both, at the same time. Plus I permanently have a roof over my head, enough food on the table and the freedom to do virtually anything I want.

I had seen poverty before my travels, but nothing like the abject poverty I witnessed in countries like Ghana, Cambodia and India. Seeing those things with your own eyes makes all the difference, because it becomes tangible and makes you empathic.

I realized that none of my successes came on a level playing field. Simply being born in Germany, or in any Western country for that matter, at the right time in history is like winning the ovarian lottery. Nothing of it is a matter of course, nothing is deserved.

2.   What we see mainly depends on what we look for

In the weeks following disembarkation, I could hardly keep up with all the articles and videos I discovered that directly related to something I experienced during my voyage. I found myself being interested in issues I had not cared about beforehand and paying attention to topics I had previously overlooked.

Traveling sharpens your mind, increases your awareness and makes you absorb your surroundings in a more acute way. As a result, you are able to see more patterns and connections, relate to more things and develop a broader perspective.

3.   Never assume to know everything

I either knew very little or nothing about these matters prior to my voyage.

Learning about a place or even a country you have never heard of is humbling.

It teaches you to never think that you already know everything and that knowing is the enemy of learning. Understanding how little you know allows you to stay open-minded and entertain new ideas and new ways of thinking without accepting them. I learned not to take anything for granted, not to conjecture, and always be ready to be disabused. Only because we haven’t heard about something doesn’t mean it doesn’t exist.

One of the most important things that Semester At Sea instilled in me is curiosity – an insatiable thirst for knowledge. I truly believe that to be successful, you don’t need to know a lot, you just need to be inquisitive and willing to learn.

Most people I met on my voyage had similar hopes and dreams regardless of their origin and socioeconomic background.

No matter if it is Singapore or South Africa, we all share certain fundamental physical, spiritual and emotional needs.

It is easy to believe things about other countries and cultures that are inaccurate or even misleading if you don’t travel and get your own picture. In the United States especially, many people believe that their country is the best – and maybe it is in some ways. However, meeting interesting people and fascinating places when you travel show you that there is more than one way to live, more than one way of governance and more than one belief system. In other words: there are many different ways to experience things. This perspective change made me realize that there is not one definite or ‘right’ belief or way to go about things. So be quick to observe but slow to judge, because something foreign is not better or worse, it is just different.

5.   Happiness comes from seeing the extraordinary in the common

In some countries I got to know people who could barely afford the necessities in life but were happy nevertheless, like the monks I meditated and lived with for four days in Burma.

Studies suggest that people in richer countries are not significantly happier than people in poorer countries as long as they can afford the necessities in life. We all quickly become used to our purchases. Therefore, we should not aim for materialistic things to bump up our standard of living but develop the capacity to enjoy less.

These are lessons a textbook simply can’t teach you.

You can have passionate teachers and learn about interesting topics in school, but applying what you learned in the countries and immersing yourself in a different culture is all but impossible to replicate in an ordinary classroom.

If you want to have a well-rounded education, studying abroad and traveling must be part of your curriculum.

So encourage your children, yourself and everybody you know to go, because

So throw off the bowlines. Sail away from the safe harbor. Catch the trade winds in your sails. Explore. Dream. Discover.