This Week in Twerking

This Week in Twerking

When Miley Cyrus feeble attempt at twerking went viral after the 2013 MTV Video Music Awards in late August, the news media was all over it and contributed massively to it spreading so quickly. Cyrus’ presumably planned provocation permeated the airwaves to an extent that is shocking, because even qualitative, mainstream media picked up on this piece of entertainment like it was news. At the same time, other news that certainly had a larger impact on people’s everyday lives didn’t get the attention it deserved. With the news market rapidly changing, it seems that news media nowadays jump on the bandwagon much quicker in order not to lose viewers and, in turn, money. 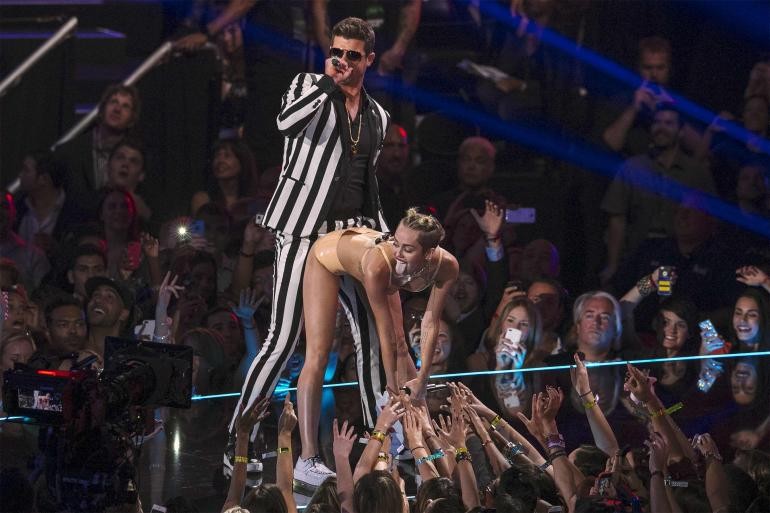 Two recent articles illustrate how this problem leads to news assume the shape of entertainment more and more. Picking up directly on the show business sector, the first article, found on poynter.org, illustrates how first something “crazy” happens such Miley’s performance at the Video Music Awards. Next, the Internet, or more accurately, people on the Internet react and propels the event into everybody conscience through Twitter, Facebook and other platforms. The third (and worrisome) step is when the media, or better journalists who work for the media, believe this is newsworthy and tell us what people on the Internet are doing. The more newsrooms report on the story, the more people react to it, which leads to even more television stations including it in their newscasts.

When an Indian-American woman won the Miss America pageant, for example, BuzzFeed posted a list of a couple dozen tweets under the headline that “A Lot Of People Are Very Upset That An Indian-American Woman Won The Miss America Pageant.” People started re-tweeting it, services such as Upworthy sent out Buzzfeed’s article in an e-mail, and very soon the media picked up on it. The first part is not the bad one. While the majority of the comments were definitely racist and reprehensible, everybody should be media literate enough to know that there are always people who think this way and, more importantly, that they tend to be in the minority and that of course there are also people out there who posted positive things. It becomes bad when media decided that this is news, when in reality it is entertainment. They are doing their audience a disservice. 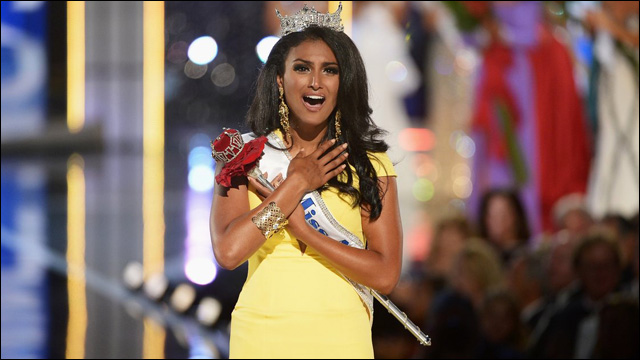 This sheds light on another issue of the media: Why didn’t Buzzfeed write about all the positive reactions about the outcome of the pageant? Although the answer is most definitely more complex, bad news and sensationalism seem to attract more viewers.

Both examples exemplify how media corporations are trying to combine traditional news with delivery to new media and are attempting to increase revenue in the age of media convergence.

The second article, found on medialit.org, provides good background information on the transformation of how news are conveyed on television from the 1960s till today, and shows how the barrier between news and entertainment has gradually eroded. It cautions against sensational tabloid programs, which can intensify the economic pressure on news producers when mainstream newscasts are compelled to compete with them.

Broadcasters have learned that by heightening the drama of real life events, news stories such as the twerking incident, which were previously looked over, can become multimedia spectacles. The media coverage wasn’t quite the same when Britney Spears had a similar performance at the MVAs in 2000. Unfortunately, the enormous pressure to excite the audience due to limited budgets and highly competitive markets seem to leave newsrooms with little choice.

Another trend that’s reason for concern is that in spite of a dramatic increase in available political information through cable television and the Internet, political knowledge and turnout have not changed noticeably. It has been argued that this seeming paradox is brought about because greater media choice makes it easier for people to find their preferred content. As a result, viewers who are interested in news take advantage of the plethora of information that’s available, while the part of the audience that prefers entertainment is likely to consume less news, thus increasing the discrepancy in knowledge between those who prefer news and those who prefer entertainment.

News as entertainment is definitely a troubling trend. Reporters need to remember that there is a distinction between television and journalism. Amid economic hardship and a greater dependency on advertisers, however, maintaining a perspective on the importance of real news and information and  presenting it in a way that appeals to viewers becomes a challenge at best and flat-out impossible at the worst. Nevertheless, journalists must use resources wisely so that they can inform the public to the best of their ability; It is their duty to give citizens the information they need.