Why Mass Surveillance Concerns Us All

Why Mass Surveillance Concerns Us All

Imagine our so-called democracy converts to a police state in which a totalitarian government uses universal surveillance to control us and be able to follow our every step. Imagine a world in which the definition of “appropriate” thought and behavior becomes so narrow that even the most pedantic norm violations are met with exclusion or punishment. Imagine a place devoid of privacy and solitude because of absolute, 24/7 surveillance. Although we are far away from an Orwellian state, this summer’s disclosures should not only be a warning for all of us but an plea to think about what kind of future we want to live in.

A considerable number of people seem to exhibit a certain apathy about possible negative repercussions mass surveillance, eavesdropping and data mining can have. Granted, the matter is complex and not very palpable; Technical terms and nontransparent procedures make it hard to grasp, which may cause people to feel like they cannot do anything about it and may help them come to terms with it. People are more likely to take issue when other civil liberties like the right of association were hampered. Consequently, you might not think that you should be concerned about the processes because they supposedly do not affect you or appear to be irrelevant. Yet I firmly believe that we have to understand the implications on our privacy and find ways to protect it, for if this matter does not concern you, I don’t know what does.

The recent disclosures about the scope of government surveillance are staggering. In my article about the latest revelations, I showed how the National Security Agency and other government agencies are capable of cracking the encryption that “guards global commerce and banking systems, protects sensitive data like trade secrets and medical records, and automatically secures the emails, web searches, internet chats and phone calls of Americans and others around the world.” We are not only talking about metadata, but the content of communication and confidential information. I find it extremely worrying that every time you leave a trace in the digital realm in one way, shape or form, it is possible that somewhere, somebody from the government knows exactly what you are doing.

With millions of people being monitored, the question is: Who is going to look through these massive amounts of data and accurately distinguish an innocent citizen from a criminal or a terrorist? Civil rights advocate Nadine Strossen says that “we’re burying any potentially relevant leads in data that nobody has been able to search through.” Even machines are not apt for this task. Imagine an academic writing a research paper on terrorism, searching for “Al-Qaeda”, “airplane” and “bombs” on Google in the process. Now imagine a member of a terrorist organization doing the same. How is a machine supposed to know the difference between these two entirely different motives?

Everybody has a right to privacy. By that I do not mean that everybody should have a right for privacy, or that privacy is simply something we take for granted; I am talking about a fundamental freedom that is a part of the constitution of many countries around the world. That being said, the eavesdropping is not merely worrisome, but in fact unlawful. In this country, the 4th Amendment grants every citizen the right to privacy against governmental intrusion. Why is the N.S.A. able to clandestinely access our digital information and belongings when real-world law enforcement needs written permission in form of a warrant from a court of law to search a home? Strossen says that there should not only be “an opportunity to challenge the warrant process”, but also individualized suspicion, because “the 4th Amendment approach of individualized suspicion protects individual liberties.”

During a press conference in Berlin on June 19th this summer, President Obama said that the U.S. surveillance program is a “circumscribed, narrow system, directed at us […], and all of it is done under the oversight of the courts.” Reality speaks a different language. Besides, the scope of the surveillance would make it virtually impossible to get permission from a court every time an online warrant was needed. Breaking encryption and snaring people’s conversations ought to require a warrant just like the one that is needed for a house search. Our government should secure and protect our inherent rights, which is the very reason we created the government in the first place. Right now it is clearly not living up to that expectation.

Some of you might say: “If you’ve got nothing to hide, you’ve got nothing to fear”, meaning that data mining and surveillance programs do not threaten privacy unless they discover illegal activities. First of all, what is right and what is wrong is often not clearly distinguishable. Opinions or actions can be incorrectly interpreted and tarnish somebody’s reputation, particularly if data falls in the hands of a third party. The example of the academic I gave earlier illustrates this well. Moreover, the autonomy and aspects of human dignity that the right to privacy protects are vital to the development of individuality and consciousness of individual choice in life, hence restrictions on privacy can have severe repercussions on individuals.

If you still aren’t concerned, consider this: Surveillance leads to “heightened levels of stress, fatigue and anxiety”, according to an online article on theguardian.com. It also “reduces performance and our sense of personal control.” When faced with threats such as terrorism, most citizens presumably tolerate limited surveillance and accept the trade-off between our security and somebody else’s civil liberties. However, the mass surveillance measures, which were revealed over the last couple of months, show us that these measures are no longer only applied to terrorists but to all citizens. Therefore, the real trade-off is not between our security and the alleged terrorists’ civil liberties. It is between our rights and our security.

One worrisome implication of this trade is that citizen will probably lose trust in government and authorities. Spying on your own people creates an aura of general suspicion, leading to people becoming more susceptible to seemingly suspicious behaviors and potential threats as well as more distrust amongst them. Consequently, people are going to be more careful about what say or do, which might in turn severely hamper creativity and freedom of expression and will presumably result in less discourse and exchange of ideas. What’s more, the rift between the authorities and the citizens might become so big that a substantial number of people could actively oppose their governments. It has also been argued that mass surveillance can lead to conformity to social norms, which can stifle innovation, critical thinking, and originality. 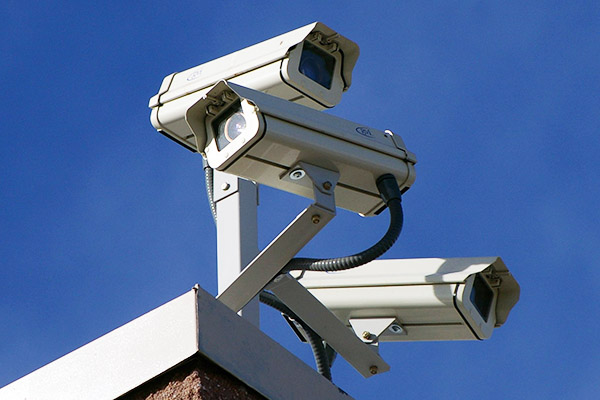 Not only can mass surveillance by the government be harmful for its citizens, it can also have detrimental effects on the government itself. In spite of possible positive consequences, reconnaissance can reduce leaders’ influence by nurturing resentment and distrust.

Furthermore, ubiquitous mass surveillance by the government can not only mean that you lose your privacy, but potentially your job. According to Strossen, the business community has come together with civil libertarians to protest against excessive eavesdropping, for business and technology experts are saying that due to lack of privacy it would be “foolish to do business with American companies because trade secrets aren’t going to be protected and you’re going to be vulnerable to cyber criminals.” For example, a report released by The Information Technology & Innovation Foundation says that “NSA surveillance could cost the U.S. cloud computing industry anywhere from $22 to $35 billion over the next three years”.

If everybody remained passive, the government would simply continue on its course because they are going to realize that even if they don’t obey the law they can get by with it. I firmly believe that it is everyone’s moral and ethical obligation to act in order to protect our civil liberties.

Taking steps to leave behind as small of an online footprint as possible is a first step, but if we want to curtail the power of the N.S.A and other agencies, we need to reach out to our representatives in Congress, sign petitions and join protest marches. Strossen, who teaches Law at New York Law School, says that everybody should be repealing provisions in the Patriot Act and the Foreign Intelligence Surveillance Act. According to Strossen, „a whole lot of reforms” are required to “bring the law back into line with the 4th Amendment.”

We need to remember that our democracy is not history in its final state but merely a temporarily secured form of existence, which is why we must all contribute to preserving our privacy if we want to enjoy this freedom ten years from now. If you don’t think standing up for something as vital as your privacy is worth it, why do you attend games to cheer your favorite sports team on? Why do you vote?

I sincerely hope that we can look back on this time in a generation or two and say that we showed the government that they cannot intrude our privacy without us taking action against it.