Now that almost five weeks of the SuperSemester are in the books, I can say that I have a much better idea of what producing newscasts specifically, and working for television in general entails and demands. I have done every task and assumed every role at least once by now, which enabled me to gain a good understanding of the workflow and what it takes to work in a television newsroom.

I was pretty happy with the outcome of my first package last week. My report was about civil rights advocate Nadine Strossen, who came to Lindenwood to speak about mass surveillance and its implications on our civil liberties. To start things off, I made sure that Mrs. Strossen was available for an interview. It turned out that she had very little time after the presentation and asked if we could instead conduct the interview during a short time slot before the speech. Being flexible and starting early are certainly two key attributes every journalist needs to have. Although I had enough time to pick up my camera, shave, dress up, write down a few questions and a stand-up, get ready and go to the Anheuser-Busch Leadership Room, I underestimated how long all of these things were going to take. In spite of getting to there in time, I was a bit stressed and promised myself to arrive even earlier next time.

I took one of the lines from the interview for my stand-up, which worked nicely. Coming up with a good stand-up is certainly an art in itself, for it requires quick thinking, considering how it will sound when the package goes on the air later, awareness of your body language, and clear, understandable sentences. Plus you have to get a sense of what information is important. Having somebody assist you with the camera certainly makes things easier.

Despite white balancing my camera in the beginning, I did not think about how the LED light could affect the internal circuit of the camera, which resulted in shots that had a blue touch when the LED was on. I also learned that bringing an extra P2-card is a sage thing to do, as you never know how much footage you need to record. With limited time during a shoot, the last thing you want is having to delete clips because your card is almost full. The next time I interview somebody in a closed room or at night, I will make sure that there is sufficient room between the wall and the person to avoid having shadows in the shot.

The shooting part was followed by the long post-production phase which took longer than I had anticipated. Overall I spent about roughly ten hours on my package, but I was entirely worth it. I think the most important lesson I learned is that like in video production, pre-production is the most important part of shooting a package. 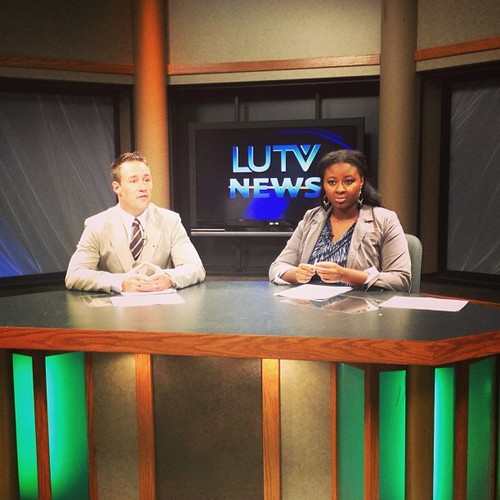 Anchoring the newscast with Jessica Thomas.

This Monday, I anchored for the second time. I realized that it is paramount to have read every single story out loud at least once. In order to so that, anchors need to start going through their scripts at least 35 minutes before airtime. Although I was lucky that I was able to tell the stories I had not read without any errors, it felt unprofessional and could have easily backfired. Another valuable lesson I learned was that it is essential to keep looking into the camera until the floor director indicates that the technical director has switched to a different camera.

Sometimes small things are important, such as making sure to keep a bottle of water under the anchor desk if you have trouble speaking when your lips become dry (like me), or ask somebody if you are presentable, although I would argue that the producer and the maybe the floor director should also keep an eye on that.

On Friday September 13th, my first VO-SOT aired. I was happy with the result, considering that it was my first one. It took me a while to learn the structure of a VO-SOT and how to enter the different commands in iNews, but now that I have one under my belt, my second VO-SOT was rather easy to do. 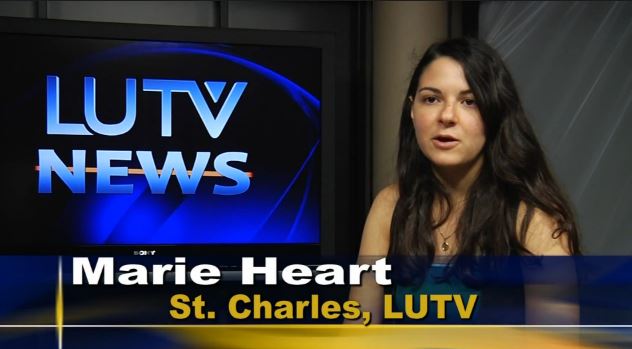 My first time producing was challenging yet rewarding. When I heard that the 49ers were coming to practice at Lindenwood, I thought it would be cool to do a live shot from Hunter Stadium, where the football team would practice later that day. Although we weren’t allowed to break the news on the three O’clock newscast, we recorded two different sports teases and two different live shots, one without the big news for the live newscast and one for the evening edition that included it. I was thrilled about everybody being very supportive, that my idea was acknowledged, and that we pursued it regardless of the strict policy. Seeing my plan become a reality actually encourages me to try more sophisticated things next time I produce.