This blog post is based on a speech I gave at Cave Springs ToastMasters Club in St. Charles, Missouri in March of 2014.

When I first came to the U.S., I was surprised and delighted by everybody always wanting to know how I am doing. Fairly soon, however, I got annoyed being asked the same question more than a dozen times every day and started wondering how everybody can always be “good”. It got worse when I found out that in most cases people don’t really expect an answer. Frequently, it isn’t a question but a form of saying “hi”, which made me wonder why people don’t say “hi” instead. These three words agitated me more and more over time, because I firmly believe that in many cases, this hollow custom prevents meaningful social interactions. In my opinion, “how are you” is a useless phrase unless you mean it, and always replying “good” defeats the purpose of the question. 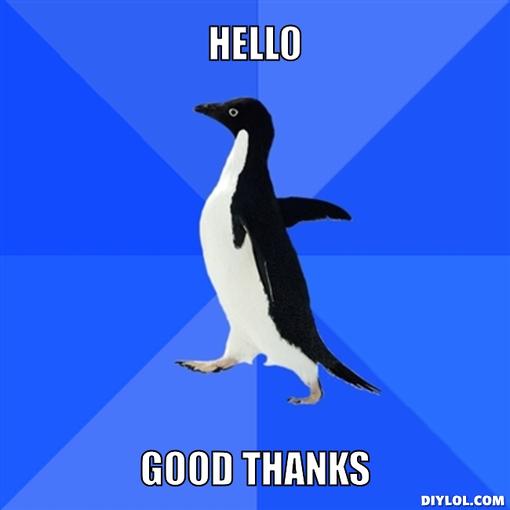 A worrisome tendency: replying “good” without listening to the question.

The “how are you” epidemic

It’s not the same in every country though. Psychologists have shown that in Russia, for example, people are unable to fake fineness. I think one of the reasons why people in the U.S. are on auto-fine is that they are typically optimistic.

Research has also shown that positive utterances can have a persuasive impact, because people are more likely to agree with you when they have already said something positive. So after all, there seems to be at least some value and meaning to it.

Unfortunately though, our inflationary use of “how are you” and “good” causes the terms to lose their significance, which leads to fewer and fewer people actually meaning it and people being less inclined to give an answer. It renders the question and the answer purposeless.

I have been noticing a creeping erosion of greetings not only in the U.S. but also in Germany. Lately I have heard that even though somebody says “hi”, the other person replies “good”. We are so used to saying “good” that we subconsciously assume that the other person asks “how are you”. It is so engrained in our brains that we don’t even pay attention to what the other person says.

Other people ask you so directly, even aggressively that you are almost intimidated and don’t even dare to say something that deviates from the norm.

However, the worst version is even shorter: “you’re good”? It’s more a statement than a question. To me, that is the epitome of a superficial encounter. If you imply the answer, what’s the point of asking the question in the first place? It is a futile rhetoric question that only requires a “yes” or just nodding. It is no longer about finding out how somebody feels, it is to be good or to shut up. Voicing real sentiments and being vulnerable no longer seem to have a place in our fast-paced society. “You’re good?” “Yes”. Two words and a sparse gesture, that’ it. I call this the Twitter version of modern sympathy. Shouldn’t we rather be looking each other in the eyes and really find out if everything’s in order?

Now, you might argue that since it is just a custom and people don’t expect an answer, it’s not a big deal. First of all, it’s not like everybody loves it. Most people I talk to about this, and I talk a lot about this topic, tell me that it’s worthless and that it doesn’t add any value. People also get annoyed, and instead of smiling and uttering a friendly “hello” they say nothing instead. It is preventing people from connecting with one another.

So there’s a need for change.

If we meet somebody in passing and only have a few seconds, it’s pointless to ask the question. A smile and a simple “hi” or “hey there” can be much nicer and less awkward. If we are not in a hurry, however, why not say it. But we should say it in such a way that the other person realizes that we actually want to know how she or he is.

Yet, “how are you” is not the only thing you can say to somebody. Compliment the other person. Tell them how nice they look. “It’s a wonderful day today, isn’t it?” Say something people can relate to. Who knows, we could make somebody’s day or really connect with somebody! 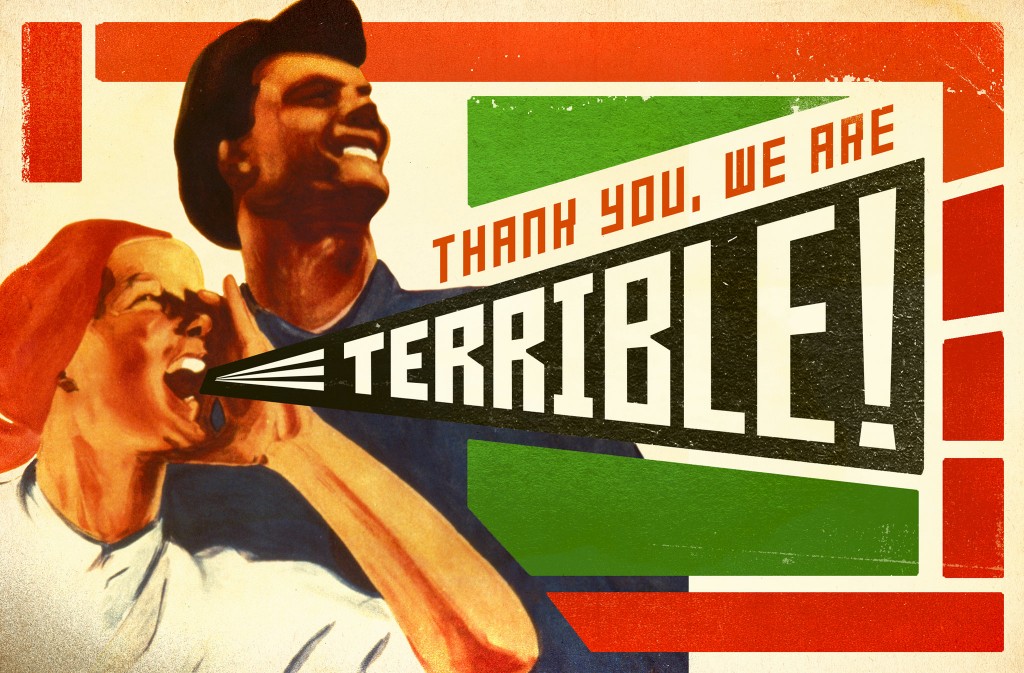 Gail Anderson and Joe Newton; Image by A. Sverdlova/Sovfoto–UIG, via Getty Images

If we are vulnerable, people will be vulnerable back to us. They will appreciate our vulnerability, because it shows that we – just like them – are works in progress who don’t have everything figured out. Awkwardness is a shortcut to vulnerability. I believe that our fear of vulnerability and awkwardness stops us from telling each other how we really are. It prevents us from having meaningful social interactions. So by decreasing the stigma of awkwardness, we can increase the potential for connection.

The research I mentioned earlier suggests that the Russians’ open embrace of negative experiences might ultimately by healthier than sugarcoating and euphemizing everything, because it results in fewer symptoms of depression.

Next time somebody wants to know how you are, and you are positive that it’s just a substitute of saying “hi”, why not say something totally unrelated to provoke people, such as “peanut butter” or “forest” and see how people react. Or get a t-shirt saying “do you really want to know how I am” on the front and “shitty is an understatement” on the back to start a discussion and get people thinking.

Whatever you decide to do, it is always a good idea to question rules and norms and customs, because you just might make human interaction more meaningful. Either way, anything is better than a meaningless, unanswered “how are you”.