World War I Revisited, or How to Tell Stories for the Web

World War I Revisited, or How to Tell Stories for the Web

A new era of storytelling

Multimedia storytelling is on the rise. Instead of simple stories posted on websites adorned with a few pictures and an occasional video, the new generation of stories told online are interactive, interesting, visually stimulating and compelling. They combine text, video, a good narrative, graphics and other elements to create a holistic piece of journalism, one that speaks to you in ways a newspaper article never could. 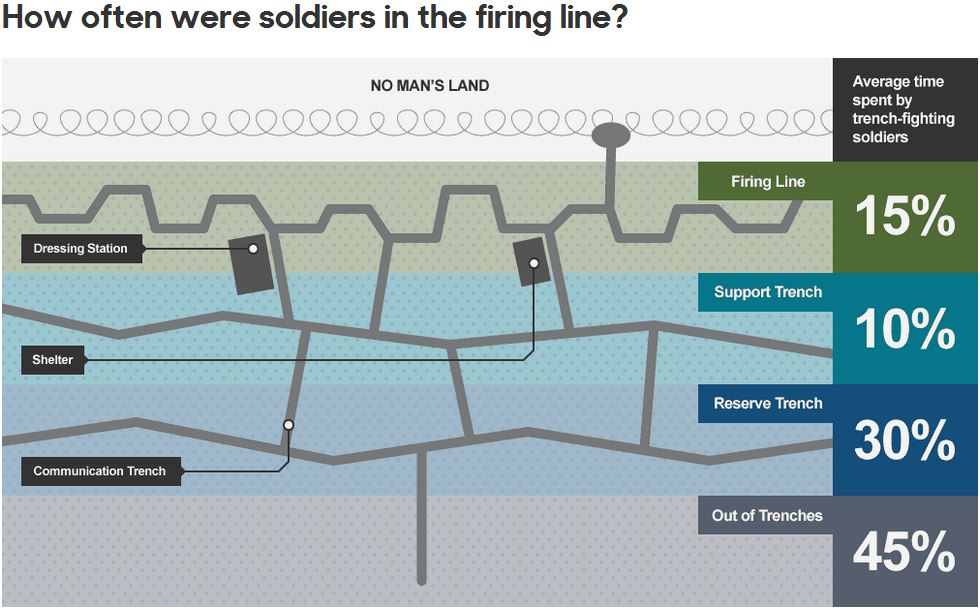 Graphics like this one illustrate what is said in the text and make it visually appealing.

2014 CE, i.e. this year, marks the centennial of the outbreak of World War I, the great seminal catastrophe of the 20th century. In the article How did so many soldiers survive the trenches?, produced by the British Broadcating Corporation, broadcaster and historian Dan Snow explores why 88 percent of Tommies (nickname for British soldiers) survived the trenches in World War I. It is the first of BBC’s iWonder guides for the World War I season.

The first thing this piece of journalism reminded me of is that I actually did my undergrad to do exactly what Dan Snow is doing in this article: presenting a historical topic in an appealing journalistic format. Saying that my three years of college in Germany did not adequately prepare me for writing these kinds of articles is an understatement, but my shortcoming (or rather that of my education) shall not be the focus of this article. Instead, I shall analyze this great piece of journalism.

Similar to Strikingly or Google+, the menu accompanies you on every scroll.

The article organizes content in a way that the veader (a mixture between viewer and reader) actively clicks and scrolls his or her way through the story. The different aspects allow us to immerse ourselves in the topic and absorb it in a unprecedented way, something that traditional formats lack. Instead of giving definite answers (which is difficult with any topic, but especially with history), the author lets graphics and statistics speak. The greatest strength of multimedia storytelling by means of interactive guides like this is that they enable us to look at a matter from different angles without giving a final answer, thus forcing us to reflect on the significance of the story and to come up with our own impression.

The author avails himself of video, audio, text and graphics. He is a transmedia storyteller who uses the internet as a platform to deliver in-depth content, conveyed in the shape of a multimedia article.

Conclusive research has shown that people learn better by doing and that they actually remember more if they associate the subject matter with an experience or an emotion. The videos and the graphics not only make the pieces more tangible and real because they speak to several of our senses, but they are also the reason that veading the story becomes an experience in itself – and hence gets under our skin. Seeing and hearing things instead of simply reading about something makes for a multidimensional experience that is easier to digest and to remember.

This feature lets us engage with the article in an interactive way.

Reading, seeing and hearing (and, in the future, possibly smelling) those stories were an eye-opening experience as a student journalist. It showed me that you can get really, really creative and touch people with your stories in ways that seemed far-fetched and elusive just ten year ago. It is heartening to see how nifty and innovative journalists explore new methods to disseminate information and inform people. Stories like this make me want to become a versatile multimedia journalist.

At the same time, however, it made me realize that our generation of journalists need to be generalits who are good at many things. We cannot afford to be one-trick ponies but have to be jack of all trades (without spreading ourselves too thin of course).

Urban history at its finest

Last fall, I stumbled upon my first ever interactive multimedia online piece of journalism, an elaborate interactive documentary created by New York Times journalist Katerina Cizek titled A Short History of the Highrise. The piece “explores the 2,500-year global history of vertical living and issues of social equality in an increasingly urbanized world.” Divided into four short films (“Mud”, “Concrete”, “Glass” and “Home”), it features rhyming narration and scores of photographs brought to life by animation. If viewers find a subject particularly interesting, they are able to pause the film and explore additional features about the current topic, such as audio recordings and interactive graphics. 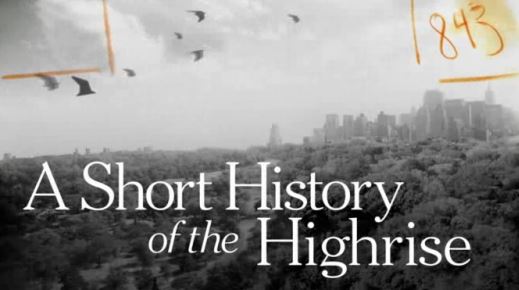 Katerina Cizek’s “A Short History of the Highrise”.